Monroe County, named after James Monroe, the fifth president of the United States, was created by state legislation in 1854. The Ho-Chunk Native Americans originally occupied the land that is now Monroe County until a removal treaty was signed in 1837. Although most of the Native Americans were moved into western states at that time, many returned to live among the early white settlers. In October of 1842, the first settler came into Monroe County, a man named Esau Johnson. He built a little cabin in the Town of Sheldon and moved into it with his family. When he arrived in Monroe County, which was then still part of La Crosse County, there were no other white people living on the land.

But in the late 1840s, western expansion brought several other settlers to the area. The opening of the state road between Hudson and Prairie du Chien, which passed through what is now Sparta, and the establishment of the road between Portage and La Crosse, brought new settlers. The majority of the people coming to Monroe County during the first decades came from New York. 165 YEARS While overland travel opened this territory for early pioneers, it was the laying of track that grew these early communities into villages and cities.

Railroad surveyors came in 1854, connecting Sparta to Milwaukee and La Crosse in 1858. This Railroad became the Chicago, Milwaukee and St. Paul railroad in 1872, expanding the reach of the line. The growth of Monroe County in the 1860s and 1870s also attracted the interest of the Chicago and North Western Railroad Company. In 1873 the Chicago North Western opened a line through Monroe County to compete with the Chicago, Milwaukee, and St. Paul Railroad. This line would operate until the 1960s, ultimately being converted to the Elroy-Sparta Bike Trail.

The population of Monroe County continued to grow throughout the late 19th century. The largest group of immigrants making the county their home were the Germans, followed in number by the Norwegians and Irish. By 1900, most of Monroe County was settled and farms and small towns dotted the countryside. The main industry in the county was agriculture, but most communities had some industrial development.â€‹

Wheat farming transitioned to dairy farming by the turn of the century and cranberry production in the north-east corner of the county grew. The new century would bring many changes to the county, such as the establishment of Fort McCoy, the creation of the Interstate System, and the founding of the Elroy-Sparta Bike Trail, but agriculture would remain an important part of the economy. 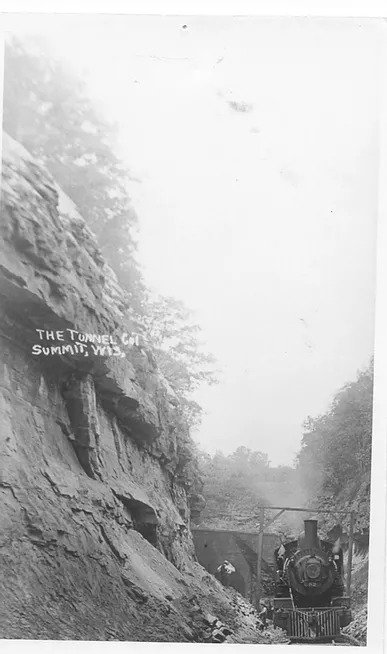